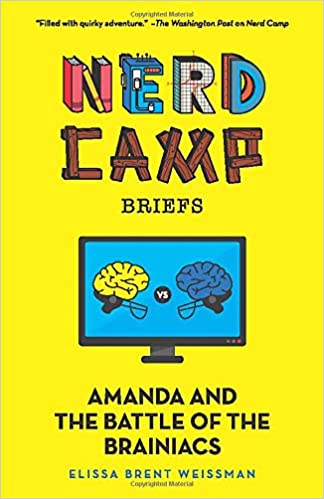 Amanda and the Battle of the Brainiacs (Nerd Camp Briefs #2)

Amanda is going to be a contestant on television’s hottest new game show for kids, Battle of the Brainiacs. The competition will be fierce, especially because the opposing team will be led by Gabe, her soul mate from Nerd Camp. Determined to win, Amanda fills her team with the smartest girls she knows: Jenny, her best friend from camp, and Ty, the cool new girl from school.

But not everything goes according to plan. Jenny’s too busy to prepare, their practice session goes horribly awry, and Ty is so mysteriously aloof, Amanda doesn’t know if she can count on her to even show up the day of the battle.

Ready or not, it’s lights, camera, action–girls versus boys on live TV. Which team will be Best of the Brainiacs?