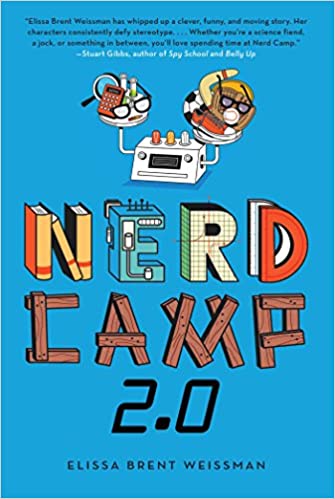 Gabe’s happily headed back to Nerd Camp—but can he handle a cool-kid invasion?

For Gabe, the equation for summer bliss equals six glorious weeks of rigorous learning immersion at the Summer Center for Gifted Enrichment—aka, Nerd Camp. Last year was amazing, and this summer will be even better.

At least, that’s what Gabe thinks…until a new variable is introduced. Zack, Gabe’s cool stepbrother, was supposed to attend a camp nearby, but in the aftermath of a recent wildfire, Zack’s camp and nerd camp will be sharing territory. As these two very different worlds collide, can both camps—and both stepbrothers—survive the summer?