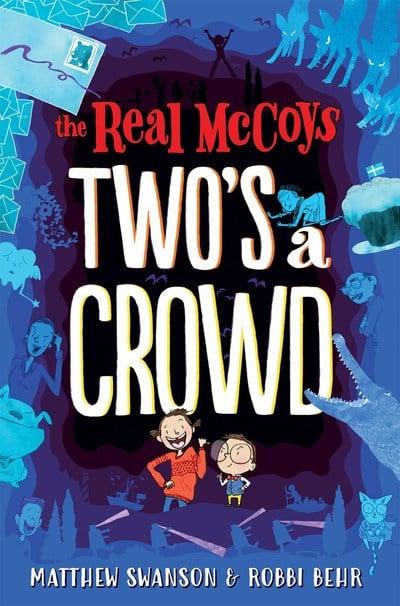 The Real McCoys: Two’s a Crowd

The second book in the critically acclaimed, illustrated middle grade series, The Real McCoys, in which a precocious detective solves mysteries with her super-smart little brother.

When a baffling mystery strikes Tiddlywhump Elementary, sibling detectives and absolute opposites Moxie and Milton McCoy are on the case. She’s the doer. He’s the thinker. She’s the heart. He’s her heartburn.

Moxie’s friend Emily has received a suspicious letter signed with nothing but a sinister purple squiggle. Then more letters arrive—along with more questions. Who sent them? What do they mean? Is the world on the brink of collapse?

Milton and Moxie are the perfect problem-solving team…if only they could get along. When their partnership falls apart, Moxie races to identify the mysterious Squiggler first—while learning the hard way that two McCoys really are better than one.